Statista reveals that global mobile app revenues will stand at US$ 935 billion, thanks to in-app advertising and paid downloads. This statistic highlight the fact that the mobile app market presents a promising business opportunity. However, in a market that’s already flooded with hundreds of applications, the only way to stand out in the crowd is to offer cross-platform mobile apps with excellent UI and UX. But, how to create an app that performs well and works seamlessly across multiple systems? React Native is an ideal choice for cross-platform mobile app development!

What is React Native?

In React Native app development, developers can reuse several components of one code to develop mobile apps for Android and iOS simultaneously. Although React Native is written in JavaScript, React primitives render to native platform UI. This means that a particular app built on React Native will use the native platform APIs other apps do.

What are the benefits and limitations of React Native? 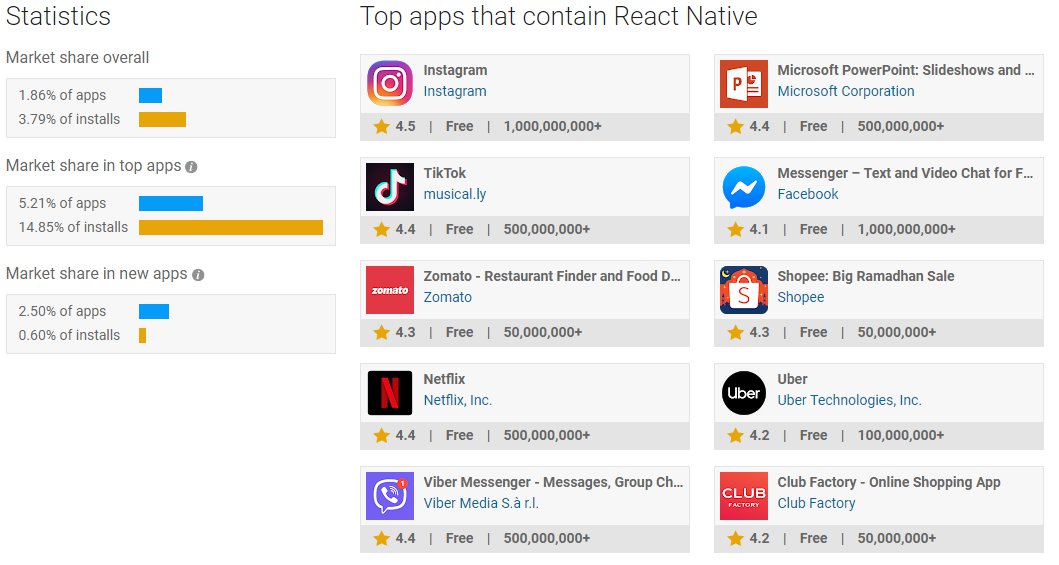 Here are the Main Advantages of React Native:

React Native app development is perfect for beginners as it features a smooth learning curve. Except for some minor differences, React Native is quite similar to ReactJS. The main differentiating factor between React Native and ReactJS is that instead of using HTML and CSS, Native uses UI libraries.

2. One codebase for iOS and Android –

In React Native app, you can build platform-specific versions of app elements so that multiple platforms can share a uniform codebase. One team can maintain two platforms while sharing a common technology, React. React Native can compile a single code to native Java and Swift code. It creates a “bridge” between the native elements and web UI components. Thus, it eliminates the need for synchronizing features.

With React Native, you can design pure native apps that deliver exceptional user experiences. It comes equipped with a host of platform-agnostic native components that map directly to the native UI components of a specific platform.

4. Use native code when required –

React Native is designed to sync seamlessly with native components written in Java, Swift, and Objective-C. Naturally, React Native app development lets you easily switch to native code for optimizing the features of your mobile app. You can also develop some parts of your app using native code, and design other aspects of the app using React Native.

6. Reap the benefits of the wholesome JavaScript ecosystem –

As mentioned earlier, React Native is primarily based on JavaScript. This makes it possible to reap the myriad benefits and community support of the JavaScript ecosystem. For instance, you can use lodash.js for implementing array manipulation functions. Then again, if you want to manipulate the state of your app, you can use the redux library.

React Native is a young and emerging project. It is still undergoing rigorous development accompanied by constant updates to the framework. Regular updates mean bug fixes, performance improvements, the addition of new custom components, and much more. This poses a challenge for long-term app maintenance. Developers need to update the app with each build, which may lead to hardcore platform dependency.

Essentially, the React Native framework is an abstraction. This means that large portions of code exist between React Native and the host platform. Bugs almost always accompany abstractions. In React Native, debugging becomes a complicated process as it increases layers in your project. These bugs may be issues that are beyond your skills and knowledge base. Hence, solving these problems often requires the assistance of third-party developers.

We at mTraction Enterprise grasp your business challenges & ideate a personalized user experience to solve complex business problems. Connect with our team at enterprise@affle.com for a quick mobile app development services consultation.